Dr. Arendt received her Orthopaedic training at University of Rochester, New York, followed by a fellowship in Sports Medicine at University of Minnesota. Her clinical and research activities have centered on injuries that are more common in females, in particular injuries to the anterior cruciate ligament and the patellofemoral joint. She has enjoyed high visibility and clinical expertise in the field of the patellofemoral joint. She is the team physician for women’s volleyball and basketball at her university and past team physician for USA Hockey (1992-1994).

She has held a number of administrative roles in athletics both nationally and locally. She was the Medical Director for Men and Women’s Intercollegiate Athletics at the University of Minnesota for 20 years, stepping down in 2010. She was appointed to the NCAA Medical Safeguard Committee (6 years) and the President’s Council for Physical Fitness and Sport (8 years). She currently serves on the Academic Advisory Board for the IOC Diploma in Sports Medicine.

She has been a committee member and chair for a number of organization including AAOS, AOSSM, ESSKA, and ISAKOS. She was the godmother to the AOSSM traveling fellows in 2014. She received the Founders Award for the best in Sports Medicine from AMSSM in 2005, and the Patellofemoral Foundation Lifetime Achievement Award in 2016.

She has authored over 85 peer-reviewed publications and 40+ book chapters.

Management of Patellofemoral Arthritis and Dislocation

Injury Risk in the Female Athlete, Focus on ACL

Arendt EA, Griffiths HJ. The use of MR imaging in the assessment and clinical management of stress reactions of bone in high-performance athletes. Clin Sports Med. 1997; 16(2): 291-306. 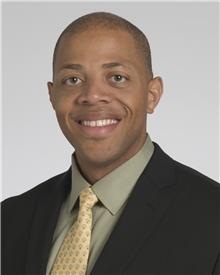 Dr. Farrow has extensive experience in the care of athletes at all levels of competition ranging from recreational sports to Professional athletics. Since beginning practice, Dr. Farrow has served as a Team Physician for The NFL Cleveland Browns, The University of Arizona Wildcat and Pima Community College Aztecs athletic programs, the Tucson Rodeo, and both the MLB Arizona Diamondbacks and Colorado Rockies during their spring training in Tucson. Currently, Dr. Farrow serves as the Head Orthopaedic Consultant for Baldwin Wallace University and Head Team Physician at Brunswick High School. Dr. Farrow’s research interests include the anatomy and biomechanics of the knee and elbow, healthcare disparities in sports medicine, and outcomes research. He has authored multiple book chapters in orthopaedic sports medicine textbooks and over twenty manuscripts in peer-reviewed orthopaedic surgery journals. Dr. Farrow has also participated as a visiting lecturer and presented his research both nationally and internationally. He is currently a member of the Editorial Board for the American Journal of Sports Medicine and is a member of the American Orthopaedic Society for Sports Medicine, the Arthroscopy Association of North America, the American Orthopaedic Association, and the J. Robert Gladden Orthopaedic Society. Dr. Farrow enjoys spending time with his wife, Tenisha, and their three sons. He is an avid distance runner and enjoys golfing.