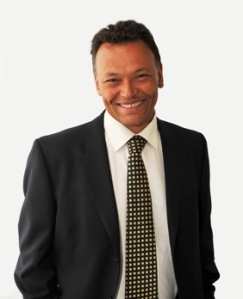 Mr. David Johnson is a Consultant Orthopaedic Surgeon and director of the Bristol Orthopaedics and Sports Injury Clinic. He has a specialist practice in knee surgery, arthroscopy and the management of sports injuries. He provides care for various national and international soccer and rugby teams and increasingly is called upon to provide his opinion in cases of malpractice.

David went through state schooling in South Manchester, England. He played England under 19’s basketball and county U19’s rugby. David played semi-professional National League Division One baskeball whilst still at school, and continued to do so for the next 10 years, playing in the European Cup of basketball. He still enjoys a range of sports including cycling, skiing, walking and golf.

David gained his medical MBChB degree at the University of Manchester. He was the lecturer in Orthopaedics at the University of Bristol under Professor Solomon. He then trained in Oxford at the Nuffield Orthopaedic Centre and had the wonderful opportunity to work under Mr. John Goodfellow and also spend time with Professor John O’Connor in the school of biomechanics. He also visited Dr. John Insall in New York. Dr. Johnson undertake research into infection, antibiotics and wound healing in Bristol which resulted in his thesis and award of an MD degree. He was honoured when the Acta Orthopaedica Scandinavica published the full thesis in 1993 as a supplement to the journal, and was awarded the Sir Robert Jones Prize and Gold medal by the British Orthopaedic Association. He undertook a fellowship in Melbourne where, like so many, he was inspired by John Bartlett, and later visited for a while in Sydney at the North Sydney Institute of Sports medicine and also in shoulder surgery with Des Boker.

After returning to the UK he started working in private practice in knee surgery and the treatment of sports injuries Bristol and London. In 1993 Dr Johnson was honoured to be the first UK-trained surgeon to be awarded the ESSKA-AOSSM travelling scholarship. The team had Professor Peter Hertel as its godfather and on that great trip he met many of the great icons of sports surgery in the USA. He was awarded Honorary Membership of the AOSSM as a result and invited by Dr. John Bergfeld to join the ACL Study Group, of which he remains an active member. He has published a text book with Dr. Riley Williams of HSS entitled Controversies in Orthopaedics: Soft Tissue Knee Surgery. He has published around 100 articles in international peer reviewed journals and continues to review for various international journals and grant awarding bodies. He has received 11 grants for research projects, with further studies published on Synovial Plica of the knee and anterior knee pain. In 1994 Dr. Johnson developed the innovative surgical procedure of arthroscopic decompression of the inferior pole of the patella for the treatment of patellar tendonitis; a technique which has subsequently been used successfully around the world. An analysis of the biomechanics of patellar tendonitis earned an MD thesis from Imperial College for his fellow Dr. Oreste Basso.

He has served on the Editorial Board of the American Journal of Sports Medicine since 2007. He is orthopaedic specialist advisor to a number of bodies including the UK National Health Service’s Health Care Commission, the General Medical Council’s fitness to practice proceedings, representative committees of the British Medical Association, and the Hospital Consultants and Specialist Association. Increasingly he is appointed to report on cases of medical negligence both for the National Health Service and for claimants.

His latest research project was written with his son (a medical student in Warwick University) and presented to the ACL Study Group meeting in Cape Town in 2014. It analysed the incidence of dyslexia in UK medical students, general practitioners and ACLSG members and found that while none of the general medical practitioners had dyslexia traits, 33% of the ACLSG members did, including being slow to read as a child and poor spellers as an adult, having dyslexic children and a very low score on a modified UK CAT test used for current medical school entry. Dyslexics are known to be associated with very high skills in spatial awareness and 3D manipulation skills. The project raises significant questions as to whether the psychometric personality profiles and spatial surgical skills found in eminent arthroscopic surgeons are being filtered out by the current medical school entry system. 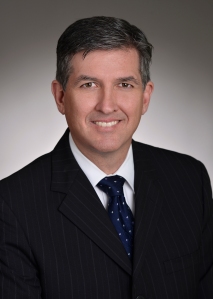 David R. McAllister, M.D. is a Board Certified Orthopedic Surgeon with a subspecialty Board Certification in Orthopaedic and is a recognized expert in sports medicine. He is a clinician scientist and is a Professor in the Department of Orthopaedic Surgery at the David Geffen School of Medicine at UCLA. He also serves as the Vice Chair for Clinical Operations and is the chief of the Sports Medicine Service. He is responsible for teaching medical students and orthopedic surgery residents at UCLA Medical Centers. Dr. McAllister also serves as the program director of the sports medicine fellowship at UCLA. He is the director of the UCLA Department of Orthopedic Surgery arthroscopic skills lab and medical director of the UCLA Department of Orthopedic Surgery Clinic in Westwood.

Dr. McAllister is an accomplished researcher having published numerous scientific articles in peer-reviewed journals and has lectured extensively both nationally and internationally. His areas of expertise include knee ligament injuries, biomechanics, and surgery. In addition, he has considerable experience with tissue engineering and is currently leading a multidisciplinary team of researchers in their efforts to grow ligament tissue in a laboratory that could later be used in patients for knee ligament reconstruction. Dr. McAllister has presented many scientific papers and is frequently invited to moderate sessions at various national and international orthopedic meetings. He has received numerous research awards including the Excellence in Research Award as well as the O’Donoghue Award both from the American Orthopaedic Society for Sports Medicine (AOSSM). He is a member of many academic orthopaedic societies, serves on the editorial board of multiple orthopaedic publications and has held numerous leadership positions in professional societies and organizations.

Dr. McAllister provides care to athletes of all skill levels including professional, collegiate, high school, and recreational athletes. He is the Associate Head Team Physician and Director of Orthopaedic Surgery for the UCLA Athletic Department where he has extensive experience caring for athletes in a variety of sports including football, basketball, soccer, gymnastics, and track. He has also served as a team physician for the 2002 United States Figure Skating Championships. He was the medical director for the 2004 United States Golf Association Senior Open Tournament. He was a team physician for the 2015 Special Olympics.